4 of Barcelona’s most emblematic neighbourhoods 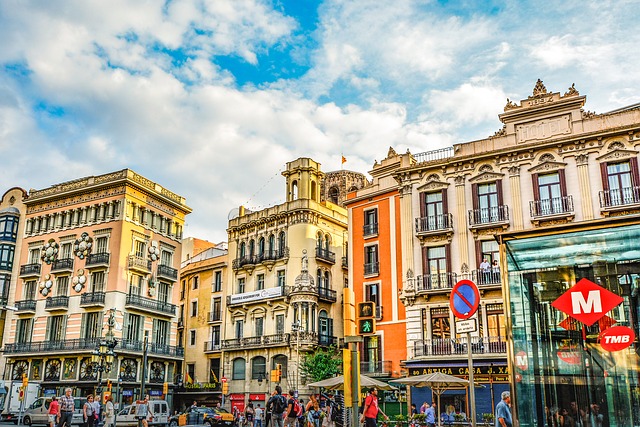 Barcelona is the most visited city in Spain and there are many reasons for this. It is a modern city but at the same time full of art, history and culture that is reflected in its neighbourhoods. In this article we invite you to get to know the city of Barcelona through four of its most emblematic neighbourhoods.

The Eixample, which translates as “enlargement”, is one of the newest parts of the city. It is a large area north of the Plaza de Catalunya on the left and the Passage of Grace on the right. The Eixample is a residential area with an active nightlife and a pleasant café culture. It is in this area you will find some of the best and most expensive restaurants in the city.

The district of Gràcia is only one metro station away from Passeig de Gràcia but the contrast is striking. Gracia was an independent town until the end of the 19th century and even today its community is small and rather closed. The inhabitants are very proud of their origins. The area also has a cosmopolitan mix of people from all over the world and a concentration of international restaurants. The Plaça del Sol (Sun Square) is the most famous place in the district of Gràcia.

The Gothic Quarter (Barri Gotic) inherited its name from its history dating back to the Roman era. Some ruins and remains still bear witness to its glorious past. The narrow, winding streets create a labyrinth that leads to small, quiet squares where you can relax and enjoy the ancestral setting. However, one of the major attractions, located in the heart of the district, is its imposing cathedral which has a courtyard decorated with ornamental plants and, strangely enough, geese.

Montjuic, means Jewish Mountain. At the top is the castle (Castell), which is nowadays a military museum from where you can enjoy a panoramic view of the city. The Palau Nacional overlooks the Plaça Espanya and provides a magnificent backdrop. It is a museum with the largest collection of Catalan art in the world.