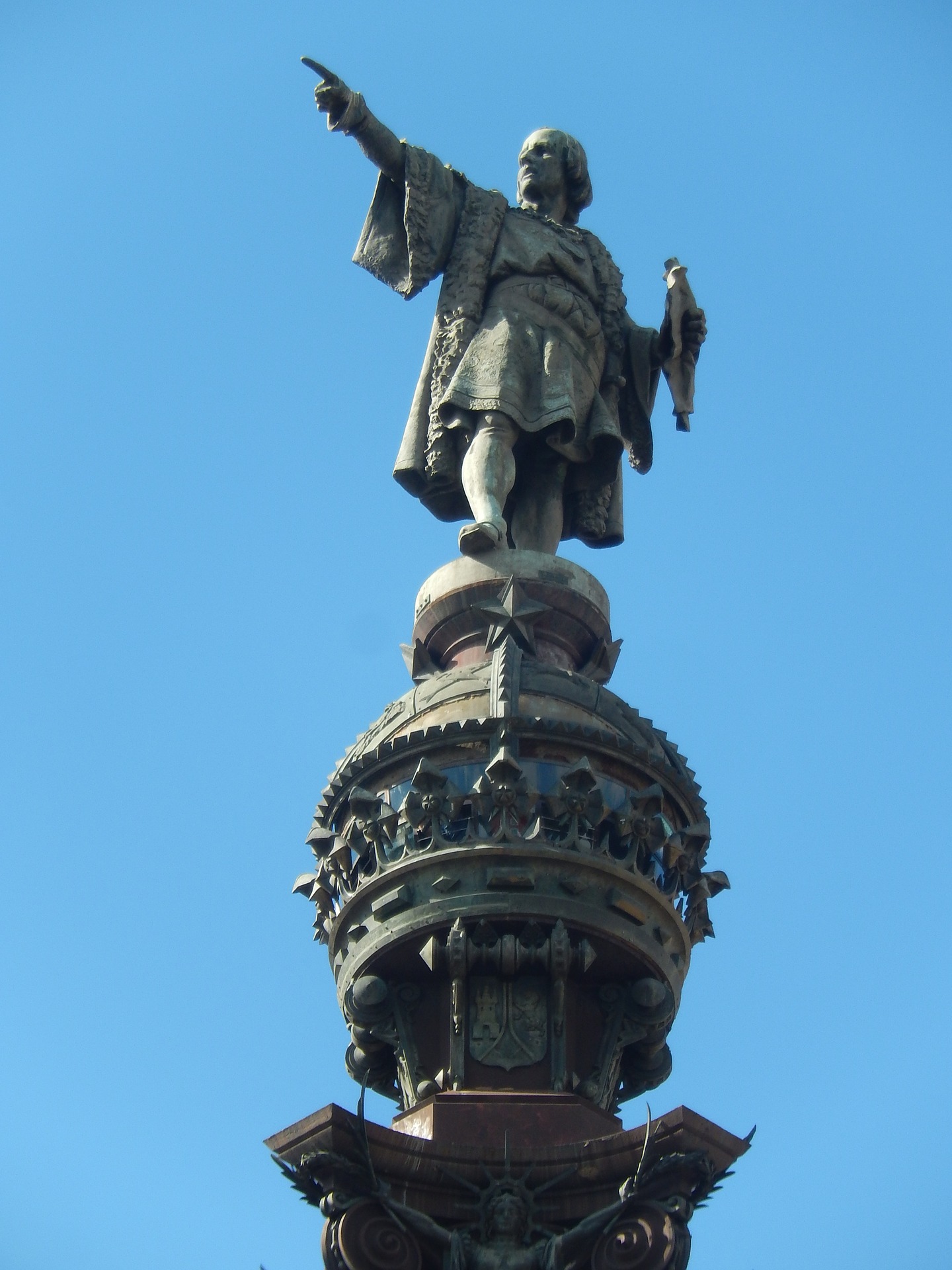 By: boussole
In: Monuments
masquer
1 The egg of Columbus
2 Columbus Monument
2.1 Video
3 How to get to the monument
3.1 Related posts:

The greatest explorer in the history of the world is undoubtedly Christopher Columbus, better known in Spanish as Christóbal Colón. The Italian from the north of Genoa discovered the new world on one of his distant journeys. You can always go on a voyage of discovery with him. If only for a magnificent view of the city!

Christopher Columbus became famous for his “discovery” of America in 1492. He died with the conviction that he had discovered India after crossing the Atlantic Ocean. His discovery marked a turning point in the history of the world. His voyages of discovery led to the European colonisation of the two American continents. He is also considered to be the ancestor of Latin American colonisation. His discovery made Europe a dominant world continent.

The egg of Columbus

After his return from America, Columbus was not taken seriously by the Spanish nobility at a dinner with Cardinal Mendoza. According to them, anyone could discover the world. It wasn’t that difficult. Christopher Columbus did not answer, but asked for an egg. He made a bet with everyone present that they would not be able to leave the egg standing without help. The nobles gladly took the bet with him. They tried everything without success.

When Christopher Columbus grabbed the egg and flattened it on one side by tapping it on the table, he remained standing. Those present were convinced: if someone shows you the way, it’s a piece of cake. Even today, the expression “Columbus’ egg” is still used to find a simple solution to a difficult problem.

Barcelona played an important role in his life. In this city he presented his plans for discovery to the King and Queen of Spain for the first time and, after his voyage through America, he was the first to moor in the port of Barcelona.

The Columbus monument is easy to find. Walk down the busy Ramblas towards the harbour. At the end of the Ramblas you will see the monument by yourself. With a height of 60 metres and a length of 8 metres, the giant pillar – built in 1888 for the World Exhibition of that time – is hard to deny.

Christopher Columbus points the new continent towards the sea at the top of the monument. At the bottom of the pillar you can see different images from his voyage of discovery in America and the iron statues represent eight lions, for which tourists like to have their picture taken. At the time, it took seven years to build the monument in honour of Colón.

Even now you can join Christopher Columbus on a voyage of discovery. To do so, take the dome, which can be reached by a narrow lift. The upper part is not very spacious and the windows are quite small, but the view of the Catalan port city is so impressive that you will soon forget it. Who knows, you might even discover that his hand has been pointing in the wrong direction for years.

How to get to the monument