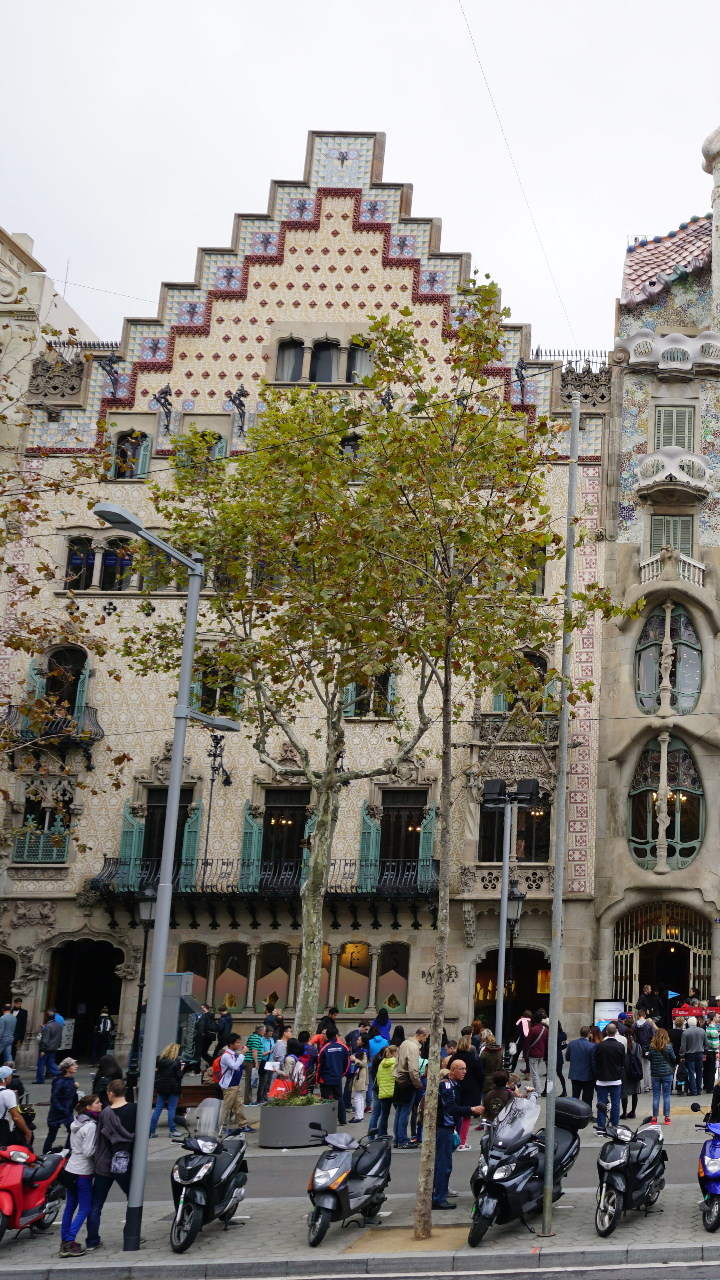 By: boussole
In: Monuments
masquer
1 History
2 Architecture
2.1 Video
3 How to get there
3.1 Related posts:

Casa Amatller belonged to the famous chocolate maker Antoni Amatller Costa (1851-1910) and is one of the most impressive buildings in Barcelona. Discover the dragons, knights and other mythical characters on the façade and visit the rooms and halls inside.

The Amattler House was not built from scratch in its present form. The original building was built by Antoni Robert in 1875 and it was not until 1898 that the Amattler family asked Puig i Cadafalch to remodel it. At this point in his career, the architect was responsible for other works that were essential to the Catalan Modernist movement, such as the Casa Macaya or the Casa Terradas (the latter is popularly known as the “House of the Peak” because of the imposing conical peaks that crown its incredible façade).

Casa Amatller represents a unique combination of the neo-gothic style that dominates in Barcelona and the influence of the dominant aesthetic trends in other European countries – most obviously the facades of traditional Dutch houses. To create this great mansion, Puig i Cadafalch relied not only on his own genius, but also on the collaboration of some of the best Catalan artists of his time. The result has been a building rich in art, from the first to the last detail.

Located next to the no less famous Casa Batlló (created by Antoni Gaudí) and the Casa Lleó Morera (Domènech i Montaner), it forms the block of Barcelona commonly known as “the apple of discord”, due to the great aesthetic contrast between the three works.

You can admire the majestic doors of the rooms with their allegorical sculptures, the cloakrooms, bathrooms, dining room, music room and service area.