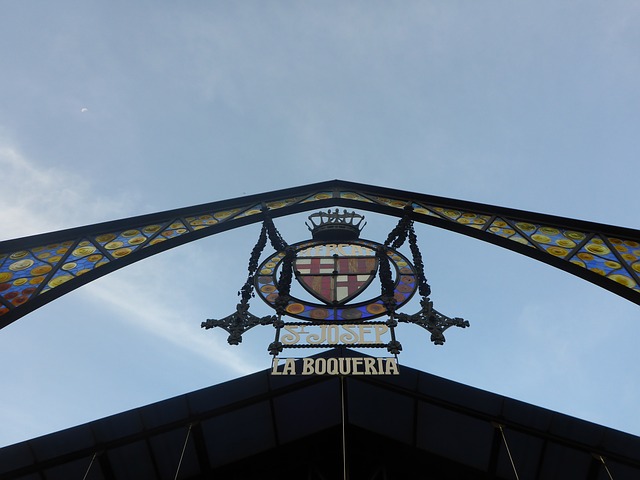 Every day, hundreds of tourists invade the Boqueria market in search of the colours, tastes and smells of one of Barcelona’s must-see tourist attractions.

Contrary to what many people think, this is not a central market but the market in the Raval district. In Barcelona every district has a market, La Boqueria is the most famous. It is the first municipal market in Barcelona, located in the grounds of the Convent of San José. However, since the Middle Ages, the area was already frequented by a street market that preferred to sell products outside the walls and avoid paying the medieval city tax.

If for tourists, La Boqueria still has its charm, for the residents, the market has already lost its original characteristic. From year to year we see how the fruit and vegetable stalls give way to chocolates, colourful juices and cut fruit stalls. Prices have increased as the market has gained international fame. Carts have been exchanged for cameras and former buyers for tourists looking for the best angle. The only part that is kept intact is the fish market. There is no way to change the activity for something more touristy. Despite regrets, La Boqueria is still the place where you can find a special cut of meat, mushrooms of all kinds and exotic spices and fruits. The mangoes found here are still the best in the city.

Even with so many changes, it is undeniable that the Boqueria is making itself desired. The colourful juices and fruit ordered at the entrance hypnotize you and convince you, without much effort, to come in. Inside, the eyes get lost in different colours, while the nose tries to identify the smells that stimulate it. It is forbidden to touch, but the mouth asks you to smell the flavours. Inside the Boqueria, we are children and our senses begin to desire everything they see and feel. It is difficult to leave without drinking, eating or shopping.

How to get there :

Schedule: from 8am to 8.30pm
Open from Monday to Saturday Closed: Sundays and public holidays