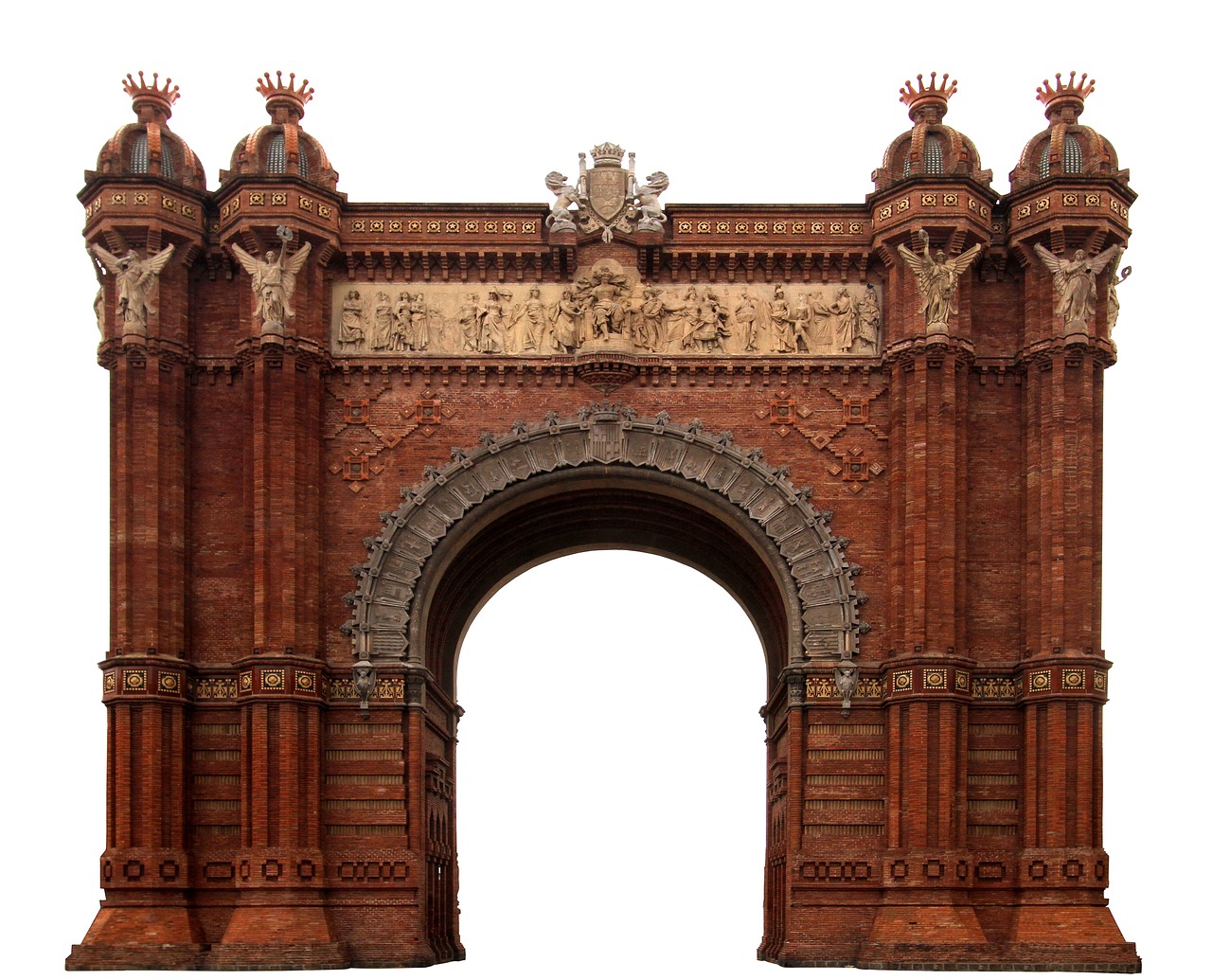 Barcelona’s triumphal arch, unlike the others, was not made to celebrate any military victory. It was built to be the gateway to the 1888 Universal Exhibition, located in the space previously occupied by the Citadel, which Philip V had built in 1714 after the War of Succession.

With this exhibition, Barcelona wanted to make itself known to the rest of the world, regain its former economic and commercial importance and once again become one of the great cities of the Mediterranean. The construction of a triumphal arch became the symbol of overcoming previous centuries of decline.

The architect responsible for its construction is Josep Vilaseca i Casanovas, a regular collaborator of Lluís Domènec i Muntaner, who was the great architect of the exhibition project. Like Domènec, Josep Vilaseca used brick to build it. A material not as noble as stone, but which helped to symbolise that much of this triumph, this victory, was a consequence of the Industrial Revolution and the textile factories of the city. And these factories, all of them, were built with bricks.

In Europe, at the end of the 19th century, and before the arrival of modernism, eclectic movements began to develop that recalled the historical moments of each country. In this context, some experts classify Barcelona’s triumphal arch as neo-Mudejar. And while it is true that Mudejar was not a particularly relevant style in medieval Catalonia, it was very present in the Crown of Aragon. In fact, inside the arch we can see reliefs representing the bat, which was the emblem of King Jaime I, and the conquest of the Kingdom of Valencia.

World exhibitions were, at the end of the 19th century, a wonderful opportunity for the cities that organised them to present themselves to the world. They were usually held in Paris and London, but the other cities that sometimes managed to celebrate them took advantage of the effort to make a great investment in what we would today call tourism promotion.

Thus, the triumphal arch was also a reference to the rest of Spain. Barcelona’s coat of arms, although the largest of all, is accompanied by that of all the Spanish provinces. At the top of each of the façades, the friezes made of Portland cement (an ultra-modern material at the time) represent an allegory of the exhibition itself. They represent mythological figures that can be identified with some of the participating nations. And to top it all off, the shield of the Spanish monarchy, flanked by two lions.

The 1888 Universal Exhibition marks a before and after in the history of Barcelona. In the City of Wonders, Eduardo Mendoza captured in an extraordinary way the great transformation he underwent for the city. And also for the people who lived at that time.