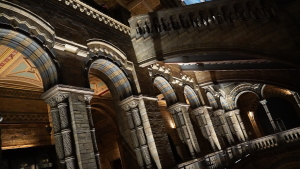 By: admin
In: Museums
masquer
1 How to get to the museum
1.1 Related posts:

In the monumental Plaza del Rey complex you will see the Roman wall, an old laundry and dyeing plant. You will also see the place where garum was made, a blue fish condiment widely used by the Romans, and the facilities of a winery, which made wine with sea water.

The walk through the Roman town of Barcino gives us another dimension of history, because in addition to seeing the remains of the town, we realize that we are under another city. Being able to see that cities are built in layers, overlapping each other, showing not only the urban dynamics and the passage of time and civilizations, but also the movement of history itself.

We go up another staircase that leads us to the medieval complex of the city of Condal (VIII-XIII). In other words, it is a two-in-one museum! Our route now passes by the Royal Palace Major, the Salón Tinell and the hermitage of Santa Ágata. Curiosities of this complex: in the Tinell, the Columbus Hall was received by the Catholic Kings when he returned from America thinking that he had arrived in the Indies. The chapel of Santa Ágata is built on top of the Roman wall. If you go to Via Laietana, you can see the very straight wall and then the chapel.

It is a big museum and you will need a little time to walk around the whole complex, at least an hour. The entrance is cheap and on Sundays after 3 pm it is free.

How to get to the museum